Science fiction is the backbone of fantasy, and the two are often considered synonyms, but science fiction focuses on science and technology. The term was introduced in 1926.

The difference between science fiction and fantasy lies in the science elements, which never go beyond science.

A work of the science fiction genre may include the following elements.

Famous authors writing in this genre: 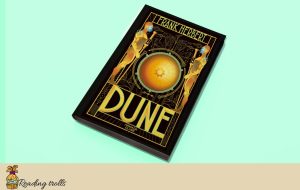 Book: Dune, Dune Messiah Author: Frank Herbert Series: Dune For the first time, I am excited to read a book after seeing the movie. I literally could not wait to…