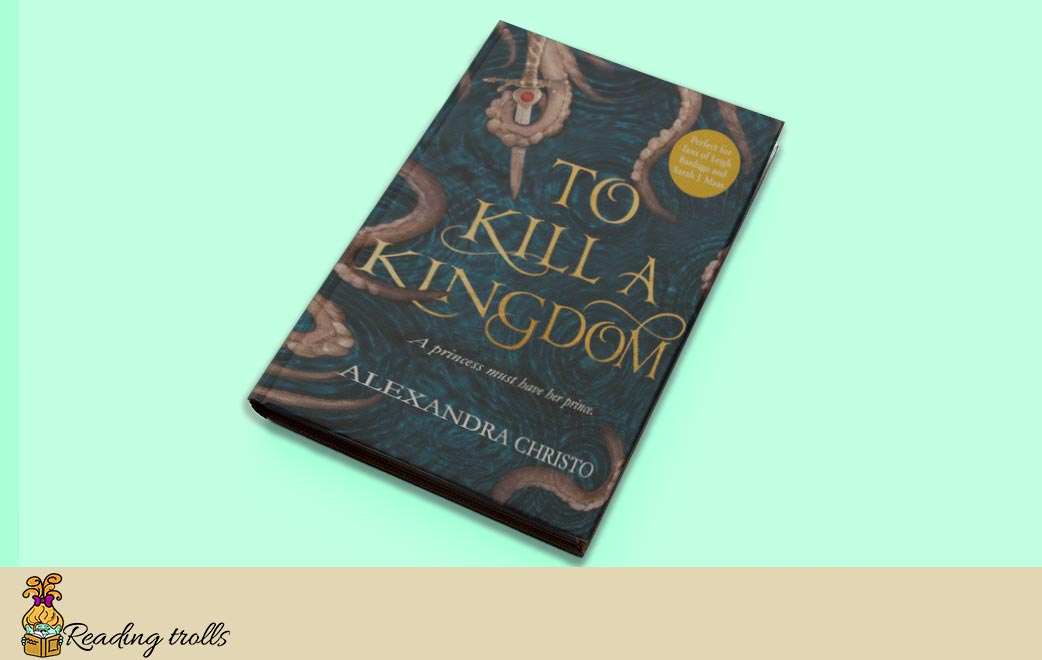 Book: To Kill a Kingdom

Alexandra Christo’s “To Kill a Kingdom” will show you that the Little Mermaid is not the gentle and naive creature you think you know. In reality, Princess Lira is one of the deadliest mermaids to be found in the depths of the ocean. She possesses a collection of 17 human hearts, each of which was stolen in cold blood, and the legends about her leave sea creatures and humans in fear. However, reverence and respect for her dwindle the day she takes the life of a sea creature to save a human. Therefore, the Queen of the Sea transforms Lira into what she despises the most – a human. To return to the sea and become a mermaid again, Lira must bring the heart of Prince Elian to the Queen. But there are two tricks – she cannot rely on the magic of her singing, and if she does not master the task, she will remain a human forever …

The ocean is the only place Prince Elian considers his home, even though he is the heir to one of the most influential kingdoms in the world. For him, mermaid hunting is not just a pleasant occupation, but a duty. But when he saves a young woman from drowning, he has no idea what she really is. She promises to help him find the key to eradicating the sirens once and for all, but can he trust her? And at what cost?

To Kill a Kingdom

Like every little girl, I have dreamed of being a princess, and not just any princess, but Ariel. And perhaps because I am a child of the sea, I had no doubts before I started “Killing a Kingdom” – my favorite story from a different point of view. The main characters here are not Ariel and Eric, but Princess Lyra and His Royal Highness Sir Elian Midas.

“I have a heart for every year I have lived. “

Lira is the most bloodthirsty cheese in all the sea. He keeps his song only for princes and once a year he literally rips the heart out of another king’s son. Her mother is the Queen of the Sea and has raised her to hate humans all her life, making her daughter the doom of princes. The princess is preparing for her ascension to the throne and is happy that she is ready to take the crown from her mother.

A new queen sits on the sea throne as the old one gathers sixty hearts. As we all know, the crown is heavy, and she also takes away the mermaids’ fins, leaving in their place tentacles with the power of entire armies, making her both a queen of the sea and a sea witch. The Lady of the Ocean has never been happy with her daughter, moreover she considers her unworthy. In one of her rages, the Queen of the Sea turns Lira into a man and takes away her song. Elian.

“I am not a good man. And it seems to me that I have not been for a long time. ”

His Royal Highness is the biggest nightmare of all sirens. His home is the Saad, which is not just a ship, but a weapon. He is more of a pirate than a prince and accepts mermaids as monsters, beasts and devilish offspring. Elian crosses seas and oceans and rarely sets foot on his homeland. The King expects his heir to be more diligent, more eager for the throne, but the sea is the prince’s home. On his final return, he finds that the Doom of Princes has taken his loyal friend from him.

Elian – To Kill a Kingdom

Driven by feelings of revenge and hatred for mermaids, armed with a magical knife that drinks the blood of its victims, and surrounded by loyal friends and his crew, Elian sets out to find the crystal. A crystal that, according to legend, will destroy the sea witch and with her all sea monsters. Sea legends say that for each heart taken, the mermaid will receive the strength and youth of her victim. Another belief is that anyone who has a mermaid’s heart is invulnerable to her songs. On an ordinary day, fate meets the “Death of Princes” and the “Pirate Prince”.

Which of the two will protect your heart?

With a little less effort, Lira manages to convince the prince that she can help him find the crystal of the goddess Keto. They successfully embark on the pirate ship and embark on a mission together. Along the way, countless misfortunes await them, both on land and on the high seas. Doubts creep over the sea princess when Elian saves her life for the third time. For the sea creatures, hatred of humans has become a habit. Now, with her human heart, the mermaid feels emotions, emotions she does not know and which are forbidden in Diavolos. She understands that her mother is the tyrant of the ocean. She dictates who should die and rules the waters with brutality.

Lira becomes the “friend of the ocean” and is torn between her longing for Elian and her duty and obedience to her mother. Instead of conquering the prince’s heart, she hopes he will conquer hers. The mermaid knows that war will be all they know as long as her mother lives. The princes fate will have to choose a country. Will she fight tooth and nail for her love and the freedom of all, or will she stay true to the traditions of her people?

“To Kill a Kingdom” is not only another reading of the fairy tale, but also a chance to see that there is no impossible love, no impossible struggle. Everything is in our hands! It reawakened everything childlike in me and left me with the feeling that magic is possible. The world of fairy tales is alive and even more fascinating.

A Court of Thorns and Roses by Sarah J. Maas book Review