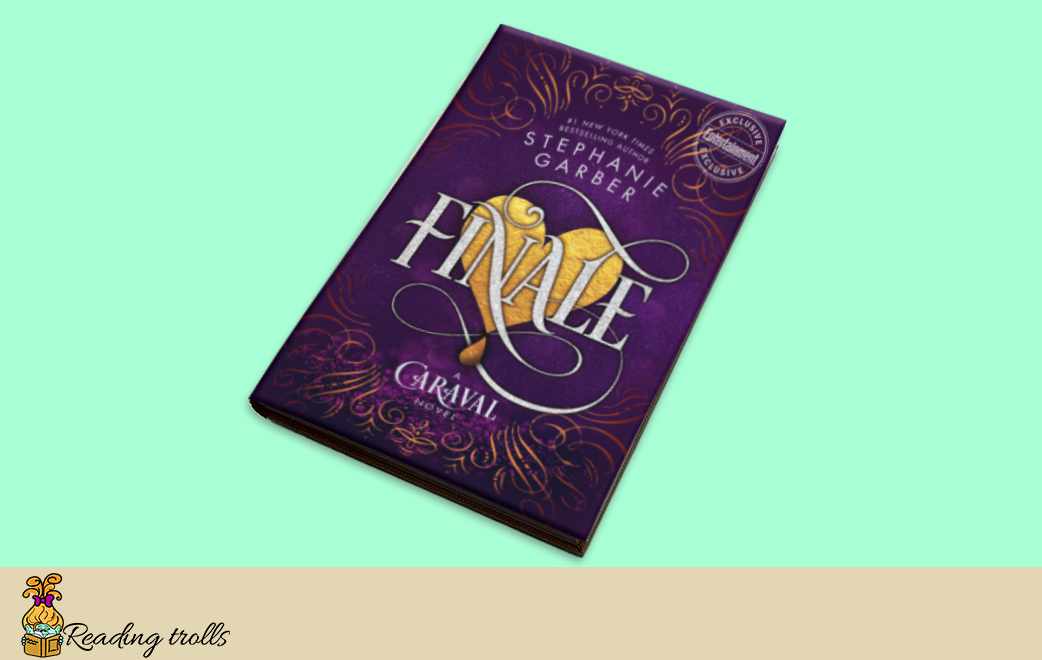 A love worth fighting for. A dream worth dying for. An ending worth waiting for.

With lives, empires, and hearts hanging in the balance, Tella must decide if she’s going to trust Legend or a former enemy. After uncovering a secret that upends her life, Scarlett will need to do the impossible. And Legend has a choice to make that will forever change and define him.

Caraval is over, but perhaps the greatest game of all has begun. There are no spectators this time—only those who will win, and those who will lose everything.

Welcome, welcome to Finale. All games must come to an end…

From the first few pages, I realized that it would be difficult to write a review of this book. I feel a slight disappointment with the plot, and yet I can not say I did not like it, but when I compare it to the pogrom I experienced after the first and second parts, “Finale” did not deserve my 5 stars.

The Magic of Caraval

I’ll start with what I did not like. In “Legendary” and “Caraval” there was a fairy tale magic that takes you to a whole new world of magic. There were suspenseful moments and everything in the plot was a mystery. “Who is the legend?” was the question we were all asking ourselves and desperate to solve. In “Finale”, I missed that mystery. The author tries to replace it with other dark mysteries from Scarlett and Donatella’s past, but they seemed a little worn and not as exciting. Not that there was not magic in the book, there was, and plenty of it, but it did not leave the impression on me that the first two parts did.

Legendary and the Prince of Hearts – Finale

The second issue that left me with conflicting feelings was this flirtation with the Prince of Hearts and the Legend. To be honest, I really liked the idea of Fates since their appearance in “Legendary”. All the while Jacks was showing up, disappearing, helping Tella, and yet he was not the focus of the story. Then Legend showed up, beautiful and noble, and the next moment cold and distant again. It was as if Stephanie Garber was wondering who was the villain in the story and who was the hero. Donatella vacillated between the two, and so did we. There were no hints of plot development that did not feel like a twist or surprise, and I felt it was out of place. Maybe I am wrong and she was just trying to blunt the feeling of doubt before delivering the killing blow, but I personally would have liked this love triangle to have developed differently.

The first two books were split between the two sisters. Here, the plot develops in parallel for both, resulting in two storylines that trace Tella and Carlita’s choices. The two stories are fundamentally different. Scarlett has found love and enjoys the attention of Julian. But she is obsessed with breaking out of the vicious cycle of lies. In the first book, Scarlett was used as a pawn by Legend, which led to her breakup with Count Nicholas. The feeling of not having done him justice will continue to haunt her in this book, and the desire to make things right will take her out of her comfort zone. But it will help her decide once and for all who she should give her heart to.

Scarlett has always been willing to do anything to protect her sister. In “Final,” the older sister will once again show us what she’s capable of in order to save the ones she loves. The threat is real. The Fates are free and sowing terror. In the true ending of the story, she must face the strongest of them and learn the dark secrets of her past.

Tella is known with her impulsiveness, but we also know that while she may seem reckless, she’s actually willing to lay down her life for Scarlett and her mother. In “Finale,” the little sister is once again driven by a desire to protect her family. Donatella must find a way to save Scarlett from the terrible fate of being in the captivity of the creator of all Fates and taking revenge on the Fallen Star. Tella experiences a series of misadventures as she searches for a way to kill the Fallen Star. She puts her heart to the test. If before she thought she would never feel love, now she fears her love will kill the only one she wants. He can not exist because the immortals’ only weakness is love, and if they love long enough, they become mortal.

You are probably already thinking that this book is not really a continuation of the series. Although I mentioned that I did not give the finale 5 stars, you should know that I rated it 4. I still consider the series one of my best hits for 2021. I count it among my favorites and I do not think I’ll forget the magical world of “Caraval”.