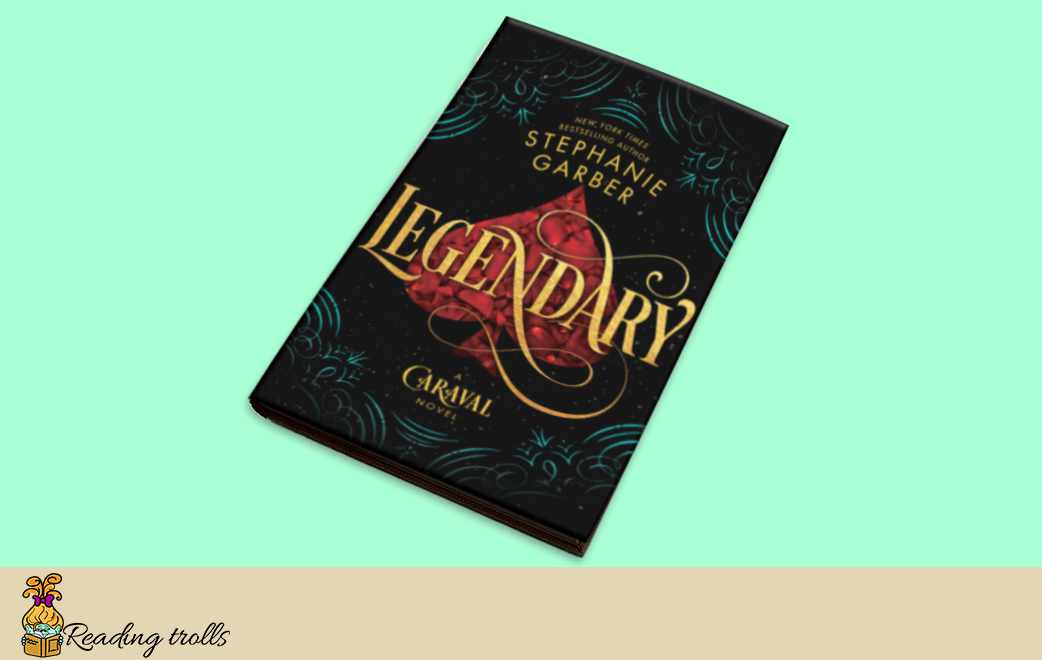 “A heart to protect. A debt to repay. A game to win.

After being swept up in the magical world of Caraval, Donatella Dragna has finally escaped her father and saved her sister, Scarlett, from a disastrous arranged marriage. The girls should be celebrating, but Tella isn’t yet free. She made a desperate bargain with a mysterious criminal, and what Tella owes him no one has ever been able to deliver: Caraval Master Legend’s true name.

The only chance of uncovering Legend’s identity is to win Caraval, so Tella throws herself into the legendary competition once more—and into the path of the murderous heir to the throne, a doomed love story, and a web of secrets…including her sister’s. Caraval has always demanded bravery, cunning, and sacrifice, but now the game is asking for more. If Tella can’t fulfill her bargain and deliver Legend’s name, she’ll lose everything she cares about—maybe even her life. But if she wins, Legend and Caraval will be destroyed forever…

Welcome, welcome to Caraval . . . the games have only just begun.”

The Game Continues. The second book, Legendary, in the Caraval series, is the story of Donatella’s younger sister. As the title suggests, the story will be closely related to the caravan master himself.

“Winning the game will cost you a price you will later regret.”

As you learned at the end of the first part, nothing is as it seems. Donatella turns out to be radically different in many ways from the idea we built up in “Caraval.” The younger sister is impulsive and follows her adventurous spirit, but she is far from mediocre and naive. By the end of the first book, it’s clear that she has a bigger part in the plot development than we thought, but it comes at a price. Tella makes a deal with a mysterious “friend” who provides her with information to carry out his plan to escape from her father. The price is high and to that end, Donatella must once again participate in the Legend’s game. Entangled in her own web of lies and secrets, the younger sister must find a way to outwit forces far older than the Caraval and the Meridian Empire. We join her in a dangerous game that very soon turns out to be entirely real, and the fate of her loved ones depends on victory. Tella will discover dark secrets from her past and must decide who she can trust.

“The Caraval” feels fantastic, but for the next five nights it will be completely real.

Elantin has invited us to his city to save the Empire from its greatest fear.

The Fates have been locked up for centuries, but now they are all clamoring for their freedom.

If they succeed, the world will be different, and stopping them by winning the game is the only logical answer.

To do this, follow the clues to the dark object that will send them to a bottomless pit.

If you find it, you will receive a prize from the Legend that is so rare I dare not name it now, no matter how sweet it is. “

Once again we are immersed in a magical atmosphere full of wonder. Cards of fate, Oracles, Orissa, ancient creatures that rule over humans like gods held captive by a powerful Witch. I do not want to list everything magical I found in the book Legendary. And if I wanted to, I would not succeed either because it is so richly described. There is an incredible amount of magic in this book that is hard to escape.

The story goes to a higher level and the fate of the entire kingdom is already at stake, not just that of the two sisters. Again, everything is terribly complicated and you have to read between the lines. Given the ending of the first book, it’s hard to accept everything the author reveals to us as pure coin, and perhaps that’s what makes her so intriguing in this book. In “The Legendary”, I find things I like in a story. And if you read my review of the first part where I said the ending was too happy for me, then Stephanie Garber’s correction is taken with full honors. This ending was the least expected that came to mind.

Of course, there was romance in the plot. Dante, who I have liked visually since the first book (I am guessing because of his preferred black color and tattoos), was at the center of the romance. Brash, confident and handsome, he fought for Donatella’s heart, but who knows what was true during the Caraval. Again, his every action was subjected to in-depth analysis by the main character, which added to the mystery of the story.

Who is the Legend? The question we have all been asking since the first book. The mysterious lord of the Caraval that no one has ever seen. Ruler of magic as old as the Fates. The villain of the story, or not. The beginning of “The Legendary” gives us hope that by the end we will know the answer.

“If you win the Caraval, the first person you see will be Legend.”

Are we ready to finally meet the villain of the story and accept his true colors?

The book is a little over 300 pages, but they’re full of momentum. The story unfolds and intertwines smoothly. I don’t like books with a predictable ending and plot, and this one certainly isn’t it. If I hadn’t been folding up the last page late in the evening, I’d have started “Finalе” without waiting a minute.

The Bear and the Nightingale by Katherine Arden Book Review