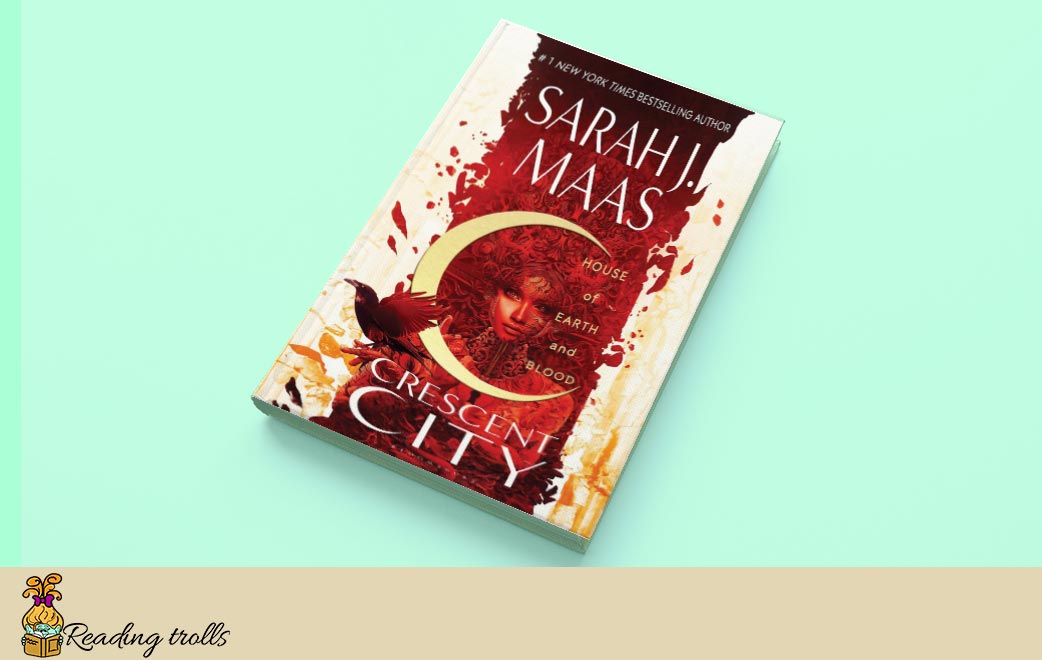 Book: “House of Earth and Blood”

“House of Earth and Blood”

LINKED THROUGH THE BLOOD.

Bryce Quinlan lit up the Crescent City, touring the clubs every night where angels, shifters, humans, and fairies merged into an unbridled sea of perfect bodies.

But then a demon killed her closest friends.

Two years later, with the alleged killer behind bars, the crimes begin anew. So Bryce is hired by the city government to investigate, and enslaved fallen angel Hunt Athalar must watch over her. But as Bryce struggles to find out the truth – and tries to resist the angel who follows her every move – she realizes she’s following in her footsteps, which lead her deeper and deeper into her dark past.

Now you are going to read a different opinion of “House of Earth and Blood” and I warn you that there may be spoilers. I was looking forward to the book and during that time I was gathering information via comments on social media. I had already come to the conclusion that it would be a MEGA COOL book. My expectations even rose because this is Maas’ first novel for adults (despite all the smut and horror in the Throne of Glass series, it’s a young adult book… you see ;)). Yeah, but when I finished it, I was more with mixed feelings, supposedly “gee, it’s okay”. I did not get what I expected, but it was a breath of fresh air.

House of Earth and Blood

The main character, Bryce, is neither human nor elf, she’s called a half-breed. She goes to clubs in the Crescent City and her nights are one big party, sex, alcohol and drugs. Although she is portrayed as a party girl, Bryce is the type of woman who does not give in to the alpha males. The book piqued my interest when the murder of her best friend and her entire gang happened. The description of the scene shook me to the core and was in typical Sarah J. Maas style. Then came Hunt Athalar, the fallen angel, the worst of the bad, the assassin of the Archangel, Umbra Mortis himself (The Shadow of Death).

There were many scenes of them teasing each other, and a game of nerves. A friendship developed between them that was more precious to me than their later love. The scenes, the love scenes…

Considering I have a bitter experience and emotional disability after a few Megan March renewals, I think the love scenes were tolerable / it never happened, who knows what /. The characters were well built. In typical Maas style, there were times when your hair stood on end and you expected an apocalypse. As for the villain, I was not expecting him at all. The whole time I was looking for something good in this character, for a whole book I thought it could not be the bad guy but… BOOM and SHAKE, another point for Maas.

House of Earth and Blood

Looking forward to book two. I am one of those people who looks at the cover first, then the content, and the cover of “House of Earth and Blood” is unique to me. Maybe I was a little disappointed because I was too much of a pointy-head and expected Sarah J. Maas to draw me in, especially since I am an insane fan of “The Courts” and “Throne of Glass”. And despite everything, I find that like the first book, it was more than good and the ending hints at an interesting second installment. I recommend “Crescent City” with two hands, enjoy the unique writing style of Sarah J. Maas and experience exciting moments in her fairy worlds.