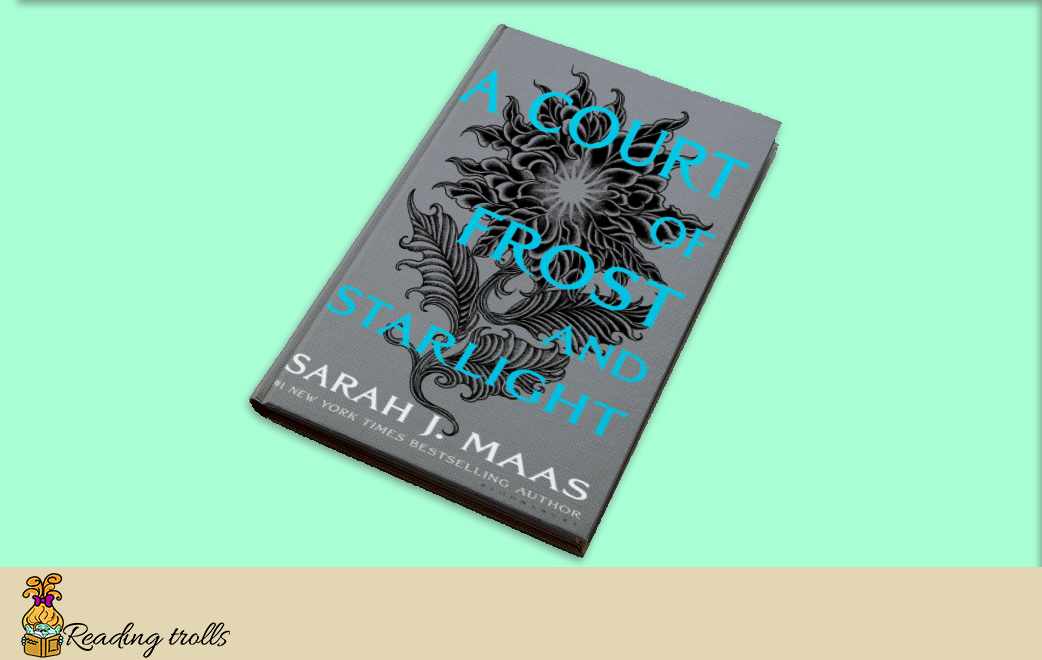 Book: A Court of Silver Flames

A Court of Silver Flames

Nesta Archeron has always been fiercely proud, quick to anger, and not easily forgiven. And ever since she was forced to enter the Cauldron and become a High Elf, she has not stopped searching for her place in this strange, deadly world she’s forced to live in. Even worse, she cannot overcome the horrors of war and the losses she has suffered.

The only one who manages to ignite her temper is Cassian – the warrior whose position in Rhysand and Feyre’s court keeps him enthralled. But he does not just ignite her temper. The fire between them is palpable and intensifies when they are forced to live under the same roof.

War is just around the corner, and Nesta and Cassian must face the monsters within and without if they are to defeat the enemies of their court. But the greatest risk is accepting each other – and healing.”

The sequel – A Court of Silver Flames.

We have been looking forward to the release of Silver Flame Court, and when Egmont released the pre-orders, we were among the first to place an order. We were prepared for Sarah J. Mayas to sweep us along like a tornado and rip us to shreds.

“I do not regret anything in my life except that. That we did not have enough time. That I did not have time with you, Nesta. I will find you in the afterlife, in the life to come. And we will spend our time together. I promise you that. “

That’s the promise Sarah J. Maas makes to every reader. That is the request she makes of Cassian and Nesta’s love.

We have always liked the image of Nesta.

Nesta Archeron has been the wrong piece of the puzzle her whole life. To people, she’s the heartless sister of the Great Mistress of the Night Court, and in reality, she has a vulnerable heart. To keep from breaking down, she turns into a wolf and savagely and lethally attacks anyone who dares enter her personal space. This viciousness, her fighting spirit, and her icy stare are what we liked about her. She never shows her emotions, but she is willing to defend her kin. With the power stolen from Cauldron, we expected her to wreak havoc and make her enemies grovel before her power. Yeah, but no… Sarah J. Maas filled 600 pages with eroticism and vulgarity. Coarseness and animal sex. For most of the book, we had to use all our willpower to keep reading.

We were all expecting the outcome between Nesta and Cassian, and sure enough, there was one. Cassian is the only one to light Nesta’s fire. The General must find a way to close the gaping hole in her soul. He must put out the fire inside her, but be careful not to burn it as well.

“What if I told you what the rocks and the darkness and the sea whispered to me, Lord of Bloodshed? How they trembled with fear on this island in the middle of the sea. When she appeared. She took something – something precious. She tore it off with her teeth. “

The contrast with the love of Rhysand and Feyre is tremendous.

There was a breathtaking pure passion with the great lords of the court by night. With Nesta and Cassian it was a purely primary desire. It tarnished the image of our favorite general greatly. Cassian suddenly became an intelligence-poor and quickened “cattle.” We were used to power and cruelty, and got something radically different. We are going to finish the series, but we are already afraid of what’s going to happen to the image of Azriel.

What kept us from giving “A Court of Silver Flames” a 2-star rating was the ending. It was not until the last few pages that we saw any part of the Sarah J. Maas we like. And it felt like the other 700 pages were just filler.

A Court of Silver Flames is the continuation of a fascinating story.

P.S.: We are not critics. This is our completely honest and unadulterated opinion. We respect the work of each and every author and publisher. There are readers for every book and we believe that we have the magic of Sarah J. Maas’ books.