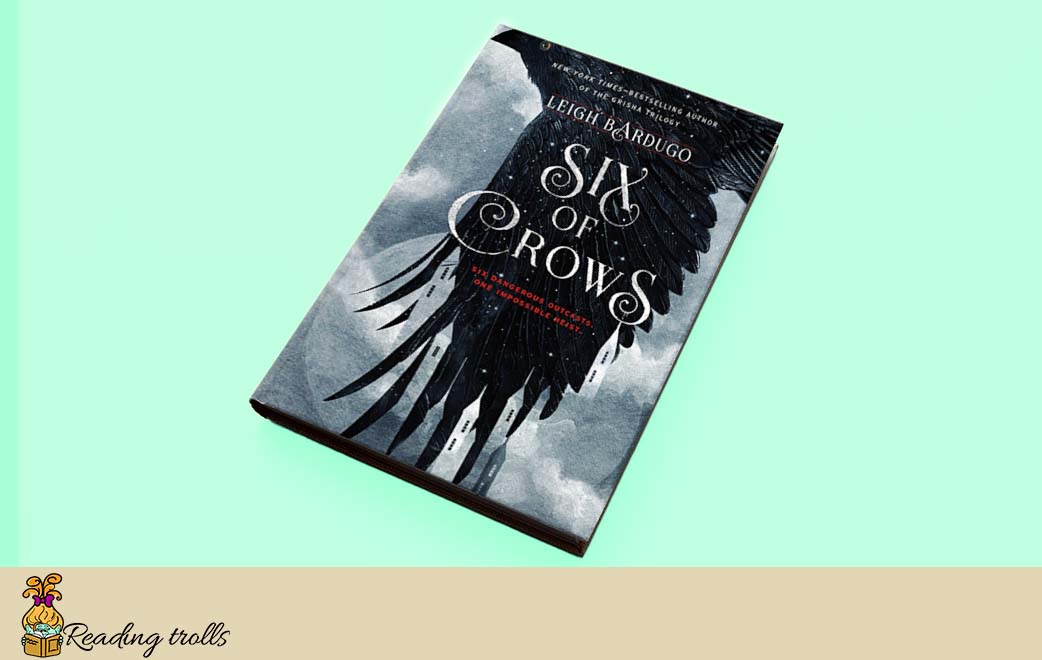 Ketterdam: a bustling hub of international trade where anything can be had for the right price—and no one knows that better than criminal prodigy Kaz Brekker. Kaz is offered a chance at a deadly heist that could make him rich beyond his wildest dreams. But he can’t pull it off alone. . . .

A convict with a thirst for revenge

A sharpshooter who can’t walk away from a wager

A runaway with a privileged past

A spy known as the Wraith

A Heartrender using her magic to survive the slums

A thief with a gift for unlikely escapes

Kaz’s crew is the only thing that might stand between the world and destruction—if they don’t kill each other first.

It took me a long time to write this review because there are so many things to tell and yet I tried not to spoil. “Six of Crows” is a book I started without hesitation. I had already read the “Shadows and Bones” trilogy by Leigh Bardugo and was impressed with the world of the Grishaverse and the way the author writes. The characters she builds before our eyes leave a mark and you can not forget them easily. The plots are interesting, unpredictable and accompanied by unexpected twists. But I was completely unprepared for what happens in “Six of Crows”.

The Gang of Six of Crows.

The story flows smoothly and consistently while introducing us to the characters’ past and present. The reasons hidden in Kaz’s decision to become Kaz Brekker, or as he is known in the criminal world – Dirty Hands, and how he rallies his loyal comrades Sludge around him. Kaz, Nina, Inej, Jesper, they are all memorable characters. Wylan and Matthias are not part of the gang. Wylan is a rich kid who supposedly happens to belong to Sludge.

Matthias, on the other hand, is a former witch hunter, a current prisoner released for the sole purpose of helping them complete their mission. Among him, the clash of government debt and moral values is very much in evidence. I really liked that each of the characters has their own identity. They are each running from their past in some way and have their own fears. To the rest of the world, they are ruthless criminals and murderers.

Leigh Bardugo has chosen a very interesting plot. The characters have accepted a job that if successful would pay them a huge amount of money, which for some of them means paying off debts and freedom. The six crows are sent on an impossible mission. Kaz’s ingenious plan is a little too dangerous and crazy. Their group is plagued by many unexpected events and problems. They face many physical and moral challenges. Each step to implement their plan leads to two new ones. Hate, betrayal, love, duty, intrigue and conspiracies.

Would not the revenge Kaz craves play a bad trick on them?

Will the plot of two members of the gang split the group?

Will they be able to escape from the best-guarded palace and prison in the world?

Well, read “Six of Crows” and you will understand.

The fame of the book “Six of Crows” is absolutely protected. I will not think for a second and continue with the second part of “Crooked Kingdom“.

Also, you may want to check King of Scars

A Court of Thorns and Roses by Sarah J. Maas book Review