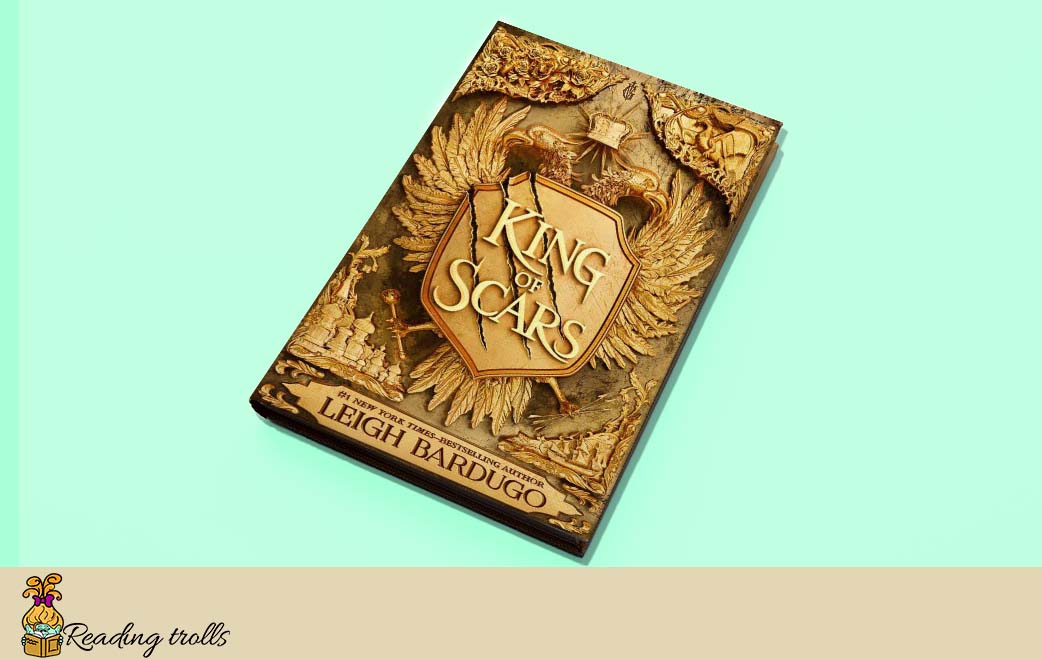 Face your demons… or feed them.

Nikolai Lantsov has always had a gift for the impossible. No one knows what he endured in his country’s bloody civil war—and he intends to keep it that way. Now, as enemies gather at his weakened borders, the young king must find a way to refill Ravka’s coffers, forge new alliances, and stop a rising threat to the once-great Grisha Army.

Yet with every day a dark magic within him grows stronger, threatening to destroy all he has built. With the help of a young monk and a legendary Grisha Squaller, Nikolai will journey to the places in Ravka where the deepest magic survives to vanquish the terrible legacy inside him. He will risk everything to save his country and himself.  But some secrets aren’t meant to stay buried—and some wounds aren’t meant to heal.

Three years after defeating the Darkling, Nikolai is trying to get Ravka back on her feet.

The treasury is empty, unions are scarce, and the country is still recovering from the civil war. Surrounded by the problems of home, Nikolai discovers that a piece of darkness still lives within him, urging him to take control of his soul. The King has no idea what provokes the beast, but the black threads on his body grow darker and darker and he takes on more and more of the shape of the beast. “The beast is in me and I am in the beast.”

The prince with a demon in his heart becomes more and more uncontrollable, and the monster’s hunger for human flesh grows stronger. Nikolai’s helplessness is in the air and he is ready for desperate actions. Along with his loyal companions, he sets out for the Fold, hoping to get answers and perform an ancient ritual that will help the King dispel the darkness the Darkling has left him.

Zoya Nazyalensky – The King of Scars

In this book, Zoe is introduced as the commander of the Second Army and the King’s right-hand. If in the first parts of the Grishaverse she was the contradictory heroine, here her whole history, all her suffering is revealed, and before us stands a powerful Grisha, aware of herself and her intentions. She is determined to save the life of the King at any cost.

There is harmony between Nikolai and Zoya. They are in eternal opposition.

“Of course I’ll be back,” he said. “I do not trust anyone else to pronounce my funeral.

– Have you written it yet?

“It’s very good. You’d be surprised how many synonyms there are for ‘beautiful’.”

Nina’s story is one of the most interesting in this book. It’s time to mention that if you have not read the previous five books, you better not pick this one up. There are many things that are a sequel to the first books, and it will be much easier for you to understand the motives of the characters if you know the background. The connection is most obvious in Nina’s story and the line we follow with her starts from “Crooked Kingdom”.

Nina is broken after the death of Mathias but determined to recover and fulfil the last promise she made to him. She wants to save the people and her country. Her power is altered after the drug Yurda Parem and she is connected to the Dead, no longer feeling the heartbeat but hearing the call of the dead.

Strange things happen in Fierda. The dead ones want justice, they demand justice, and Nina will try to give it to them.

My conclusion to The King of Scars

My opinion of this book is very conflicted. This break of two storylines was not very successful. I was expecting the stories to still come together, for there to be a connection between them. It was very interesting to read about Nina, about Zoya. The dialogue between Zoya and Nikolai was very invigorating, but at one point it felt like more to me. Not to mention that Leigh Bardugo totally ruined the story for the Grishan’s. In “Shadow and Bone”, so much emphasis was placed on the importance of Musk and the whole essence of Grisha, and here she just destroy it. It turns out that none of the previous books are what they seem.

It’s true that the genre is fantasy, but there were too much for me. It was as if Leigh Bardugo sucked the plot out of her fingers. After the tornado of “Six of Crowns”, I am not sure if my expectations of Leigh Bardugo were higher or if the plot was really lame.

I am a big fan of the author and I really hope it gets better in the next books. For me, this is not her best effort.